The new recently introduced bill on enhancing superannuation outcomes has provided a further update on how the government will implement its new contribution rules along with its potential effect on contribution strategies for SMSFs. 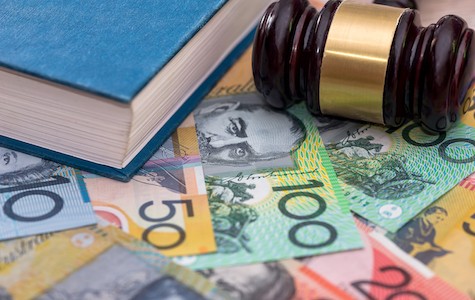 The Morrison government has recently introduced into Parliament the Treasury Laws Amendment (Enhancing superannuation outcomes for Australians and helping Australian businesses invest) Bill 2021, which implements a raft of changes to superannuation contribution rules.

Heffron managing director Meg Heffron said the new bill provides some important details that were missing from the federal budget.

As the work test measures are implemented through regulation changes, which the government intends to make this year, Ms Heffron noted the current bill deals with a component that requires a change to the Income Tax Assessment Act 1997.

“Importantly, it refers to contributions made between 67 and ‘28 days after the end of the month in which you turn 75’ rather than the member’s 75th birthday. That makes perfect sense – it’s the same language used in the work test at the moment.

“It suggests that when regulations are made to remove the work test, they will do the same – extend the opportunity to make contributions without meeting a work test up until the 28th day of the month after the member’s 75th birthday rather than their birthday itself. It’s what we expected but is useful clarity.”

“The bill also specifically allows someone meeting the rules often described as the “work test exemption” to claim a tax deduction for their personal contributions,” Ms Heffron noted.

“We’ll have to wait until the regulations are released, but if the work test is simply removed from the super rules from 1 July 2022 (as appears likely from these changes), CGT cap contributions and personal injury contributions will be able to be made without meeting a work test.”

As expected, the new rules also extend to bring forward opportunities up until the year in which the member turns 75. In other words, if a member turns 75 in November 2022, he or she will be able to use the bring-forward rules in 2022-23, according to Ms Heffron.

“Of course, they will be unable to make any voluntary contributions at all after 28 December 2022, so they would need to do so earlier in the year,” she said.

“The legislative change contained in the bill is extremely simple – it replaces ‘67’ with ‘75’. The Explanatory Memorandum specifically states that these amendments aren’t intended to allow people to use caps that they would never have had (i.e. in the years when they turn 76, 77 etc).

“But it’s difficult to see how the current legislation stops this from happening – unless there are other changes still coming to support the government’s intention.

“So, there is no requirement for the member to be over 60 when contracts are exchanged or settlement occurs; it is all about the age at which the contribution is made,” Ms Heffron said.

“Unless other changes are made via regulations, the downsizer contribution will be preserved if it is made at a time when the member is not retired or over 65.

“Previously, this wasn’t a consideration as all superannuation stops being preserved when the member turns 65, and this was the earliest age for a downsizer contribution in any case.”

For the First Home Super Saver Scheme, an amendment of similar lack of complexity increases the maximum amount that can be released under this scheme from $30,000 to $50,000 from 1 July 2022, with all the other rules remaining the same.